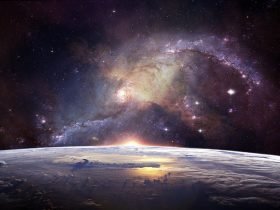 The New Horizons probe has woken up and is doing just fine as it nears Pluto, according to the National Aeronautics and Space Administration.

On a technical level the probe’s emergence from hibernation was largely routine. However, on a symbolic level it was portentous, as this means the team now begins its operations to prepare the craft for its encounter with the icy dwarf planet.

NASA says that the deep-space probe, which was launched nine years ago on its fateful mission to observe what was at that time the farthest planet in our solar system, woke up from its final hibernation stage at noon Pacific Time on Saturday, December 6. Around one and a half hours later, its onboard radio sent a signal back towards Earth confirming its successful reactivation.

The confirmation signal took almost 4 and a half hours to reach the planet. Even though radio waves travel at the speed of light, the 2.9 billion mile gulf of space between New Horizons and Earth is still a long way to travel. In the end, it wasn’t until 6:53 PM Pacific Time that mission control operators for New Horizons at the Applied Physics Laboratory at Johns Hopkins University were able to finally confirm that the probe was officially active.

APL’s New Horizons project manager, Glen Fountain, said that on a technical level the probe’s emergence from hibernation was largely routine. However, on a symbolic level it was portentous, as this means the team now begins its operations to prepare the craft for its encounter with the icy dwarf planet.

New Horizons spent the majority of its nine year travel time fast asleep to conserve energy for the big show in 2015 when it starts scanning Pluto and its satellites. The probe was designed to collect data on the solar wind and interplanetary dust particles passively as it dozed, and a single automated beacon would send a blip back to NASA once a week to keep communication lines open, but that was about it; save for a pair of checkups every year to ensure the probe’s functions were still intact, New Horizons sailed through the darkness on its own.

Now, everything is different. Team members are now gearing up for New Horizons’ first contact with Pluto, which will occur on January 15. There is actually very little known about the dwarf planet – a by-product of how far away it is from the rest of the solar system – and the only image we have of the little icy rock is from the Hubble Space Telescope, a pixelated photograph taken in 1994 that leaves much to be desired.