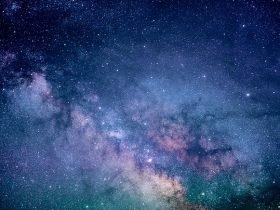 Scientists from University of California unexpectedly discovered a remedy against baldness, while they have been researching an influence of anti-stress drugs on alimentary track. In their experiments they have used genetically transmogrified mice, which had been suffering on a glut of stress hormone CFR (Corticotrophin-Releasing Factor). The mice like that become abruptly bald over time.

The scientists were surprised not only by the fact of pelage recovery, but also by the long effect of the drug. Injections were made during five days, one injection per day, but the drug effect was seen even four months after using the drug.

The mice got an injection of drug which blocks the effect of CRF. Three months after, the scientists decided to hold a gastroenterological examination of the mice and they could not distinguish genetically transmogrified mice from usual ones. The hair has grown on all the mice from both groups.

The scientists were surprised not only by the fact of pelage recovery, but also by the long effect of the drug. Injections were made during five days, one injection per day, but the drug effect was seen even four months after using the drug. Considering that mice live not more than two years, it is a decade in human terms!

The following experiments approved the primary result. When Astressin-B was injected into young genetically transmogrified mice, which did not become bald yet, the drug stopped loss of the hair. It is long ago known that stress causes not only frostiness, but also baldness. However, still no one of all the drugs – some of them are also based on anti-stress remedies – had not led to the total pelage recovery and had not caused so long effect duration.

Up to now, the drug was tested only on the mice. Thus, it is still unclear so far whether the effect will be the same for a human being. Yet, there are some hopes that the drug will work and for the humans. At first, the drug against baldness for the humans was also tested on the mice. The result for the mice was the same as for the humans – quite modest and brought nothing special. In the second place, the stress hormone exists in the human’s skin also. So, grounded on these facts, it will be reasonable to assume that mice and humans have the same mechanism of baldness.